BOFCA Members are at Sundance! Follow Monica Castillo, Charlie Nash and Sean Burns on Twitter for updates from the year’s biggest indie film-festival!

Spoilerpiece Theatre is all over CAKE, THE BOY NEXT DOOR, STILL ALICE and more!

Kristofer Jenson interviews the director of OUT OF PRINT

John Black caught up with TWO DAYS, ONE NIGHT

David Riedel caught up with A MOST VIOLENT YEAR 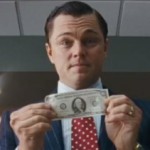 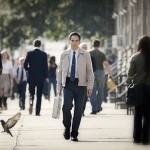 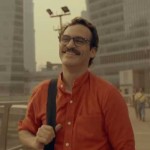 We’ll be updating this page weekly with our reviews, interviews, features and more. 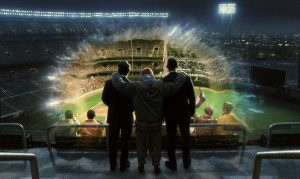 “Trying to keep all the various threads of the storyline straight in your mind will give you a headache and, frankly it’s not really worth it.” – John Black, Boston Event Guide

“I hate to break it to our readers, but the wise-cracking worms are practically nonexistent save for a background comment. Sad alien face.” – Monica Castillo, DigBoston

“You’ll come out looking for the neuralizer.” – Bob Chipman, The Escapist

“The stupidity of this movie extends beyond 3D, into the dialogue between its characters.” – Evan Crean, Reel Recon

“It won’t change your life nor will it boggle you with its concepts. However if you let it, this is a movie prepared to entertain.” – Daniel M. Kimmel, Sci-Fi Movie Page

“This movie is absolutely weightless, in the worst way possible. It holds absolutely no substance, no lasting power, and I loathe it for existing in the first place.” – Greg Vellante, The Eagle Tribune

“If I only had a nickel for every fucking bad decision characters make in this film…” – Steve Head, The Post-Movie Podcast

“The film’s bark is worse than its bite, and its constant teases wear thin, even over a 90-minute runtime.” – Jake Mulligan, The Boston Phoenix

“If only CHERNOBYL DIARIES had a story. Or even diaries.” – Brett Michel, The Boston Herald

“Unforgettable. A multi-layered, almost impressionistic vision of what being immersed in the lives of these police officers must be like.” – John Black, Boston Event Guide
“A work of stunning realism that regularly falls off the rails into cop-show melodrama.” – Jake Mulligan, The Suffolk Voice
“It’s like seeing an onion of revolting sins peeled away layer by putrid layer, the rot growing blacker with each scene.” – Kilian Melloy, EDGE Boston

WHERE DO WE GO NOW?
“Part love and loss, part drama and a dash of a few musical numbers, the grief never weighs too heavily before moving on.” – Monica Castillo, La Vida de Mcastmovies
“A ramshackle curiosity of a film, poorly made and more admirable in intent than execution.” – Sean Burns, Philadelphia Weekly
THE COLOR WHEEL 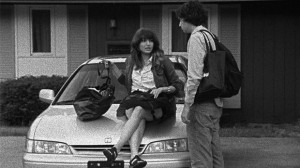 “The dialogue feels wholly original as both actors translate their characters’ pent-up disdain for one another into fits of spontaneous spewing — and hilarity.” – Norm Schrager, Meet In The Lobby