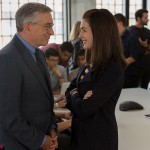 “THE INTERN is actually quite sweet, and if you are able somehow to get swept up in its sappiness you will like it.” – Deirdre Crimmins, Cinematic Essential

“All of the heartwarming and humorous aspects that make THE INTERN so entertaining though, are the same ones that distract you from issues with its core story.” – Evan Crean, Star Pulse

“Although there is only one screenwriting credit listed … you get the feeling watching it that the film was actually written, maybe crafted is a better word, by committee.” – John Black, Boston Event Guide

“Describing STONEWALL as merely a crummy biopic would be like describing Pasolini’s SALO as a rom-com.” – Andy Crump, Paste Magazine

“The indictment of Emmerich’s approach is less that he’s opted to “print the legend” and more that he’s not printing the right legend.” – Bob Chipman, Movie Bob 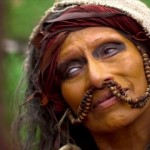 “If you’re one of those people who thinks they can handle this type of stuff, THE GREEN INFERNO is a flick that you should surely check out.” – Jaskee Hickman, Cinematic Essential 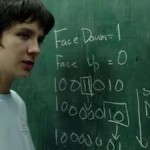 “…a mélange of familiar tropes and character types that feel as carefully calibrated as a page of equations.” – Kilian Melloy, Edge Boston 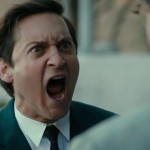 “PAWN SACRIFICE is a solid feature that doesn’t have the quality necessary to make it stand out and grab the attention of the public.” – Jaskee Hickman, Cinematic Essential 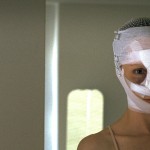 “This is a rare feature that has a unique style even though the premise has been done before in a couple of other movies over the years.” – Jaskee Hickman, Cinematic Essential

Deirdre Crimmins looks back on AN AMERICAN WEREWOLF IN LONDON

Sean Burns looks back at GOODFELLAS and SATURDAY NIGHT FEVER

“Watching the film is like reading Whitey’s Wikipedia entry: Here’s a list of some shit that happened.” – Sean Burns, Movie Mezzanine

“The cinematic equivalent of a pistol firing blanks aimlessly into the air.” – Greg Vellante, Sound & Picture

“BLACK MASS turns out to be a decent picture that leaves you wanting more.” – Jaskee Hickman, Cinematic Essential

“This is a violent film about a criminally evil person who killed or corrupted almost everyone around him. Depp’s portrayal of him makes this one not to miss.” – Daniel M. Kimmel, North Shore Movies

“…the film doesn’t need to put decades of wrongdoing on the screen: It needs to find a compelling reason for being in the first place.” – Andy Crump, Paste Magazine

“It’s good to see Depp back to form. Shame about the movie he’s in, though.” – Monica Castillo, International Business Times

“So I say see it– but know that the mythic tale has yet to be captured onscreen in all its gruesome glory, unless THE DEPARTED counts.” – Joyce Kulhawik, Joyce’s Choices

THE MAZE RUNNER: THE SCORCH TRIALS

“The question for THE MAZE RUNNER is whether it will it will be remembered as its own success or will it full under the shadow of the bigger titles in the genre.” – Monica Castillo, International Business Times

“…a generic time-waster that should be seen if you’re into fleeting moments of interest and a universe that could give a shit less about what you want out of it.” – Sam Cohen, Under the Gun Review

“…a smart yet subtle portrait of the incalculable riches of a good relationship between parents and children.” – Monica Castillo, Paste Magazine 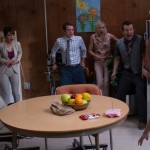 “It’s a fun premise for a horror comedy, but unfortunately, a fun premise is all it remains.” – Brett Michel, The Improper Bostonian

Bob Chipman talks the death (or not) of superhero movies

Spoilerpiece Theatre talks THE VISIT, GRANDMA and 90 MINUTES IN HEAVEN

Jared Bowen checks out a “Strandbeest” at the Peabody Essex museum