“This is a film with many uncomfortable passages, and it has a way of telling us its truths with too little varnish. But its comforts have a rough-hewn charm, from a paper cone used to play a vinyl record to a suite of understated, naturalistic performances that keep us engaged even when the film stumbles.” – Kilian Melloy, EDGE Media Network 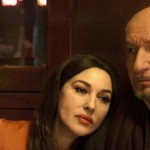 A SPIDER IN THE WEB

“There are good spy movies out there — there are even good, or at least entertaining, movies about the Mossad, and about the intersection between big business and authoritarian regimes. A SPIDER IN THE WEB gets too wrapped up in its own sticky elaborations to qualify.” – Kilian Melloy, EDGE Media Network 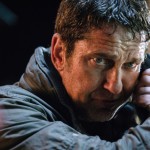 “…the point of the series is that it provides visceral and violent action, delivering plenty of jolts mixed in with a dash of humor.” – Daniel M. Kimmel, North Shore Movies

“ANGEL HAS FALLEN is what I’m sure most people probably expect it to be.” – Jaskee Hickman, Cinematic Essential 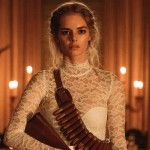 “In some ways, this is covering the same ground – albeit in a horror context – as last year’s CRAZY RICH ASIANS” – Daniel M. Kimmel, North Shore Movies

“READY OR NOT is a beautiful film to look at, even after the blood starts to spray across the family heirlooms.” – John Black, Gruesome Magazine

“READY OR NOT is great fun within a package of biting wit and criticism; it’s a film that ultimately communicates the lengths that the rich will go to maintain their fortune and reputation, even if it comes at the expense of others.” – Greg Vellante, EDGE Media Network

“There’s not a whole lot wrong with READY OR NOT, but it could have been more than what it is.” – Jaskee Hickman, Cinematic Essential

Sean Burns goes deep into spoiler territory with his essay on Quentin Tarantino’s ONCE UPON A TIME.. IN HOLLYWOOD. 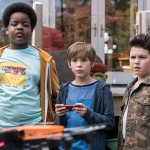 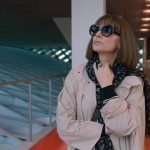 Spoilerpiece Theatre and special guest Deirdre Crimmins look at SCARY STORIES TO TELL IN THE DARK, LUZ and Fantasia Fest (and catch up with last week’s episode featuring Kris Jenson and Meagan Kearns)

Robin Bahr talks veteran actors at The 2019 Emmys and reviews WHY WOMEN KILL and OUR BOYS.