The Boston Online Film Critics Association (BOFCA)’s membership wishes to extend their gratitude to studios and distributors for granting us opportunities to watch their movies through in-person screenings, remote viewing links, and DVD screeners. During the end-of-year bustle, this access is critical for us to watch the movies that we’re assigned to cover by our outlets and to catch up on those we missed throughout the year ahead of our awards voting. It’s customary that screeners go out for awards season, and while that custom has always been greatly appreciated, it means much more now in this phase of the ongoing COVID-19 pandemic. We acknowledge these opportunities as a kindness and not as our right.

However, we must also present our concerns about screener access and safety protocols for in-person screenings outside of awards season. Film journalism is a year-round job and while we truly value the access granted during the last two months of the year, and respect the hard work that goes into maintaining it, that access has proven essential for the pandemic’s duration—in context with COVID-19 and for the profession at large.

Regarding COVID-19: It’s true that vaccines are available and effective. However, vaccination alone isn’t enough protection for some of us, given the possibility of breakthrough infections. The assumption that everyone can mask up and return to the theaters is false; there are those of us who can take that risk and others for whom returning to theaters simply can’t fit into their calculus. Some of us live with unvaccinated children. Others have family members living with terminal illnesses or medical conditions that make them more vulnerable to COVID-19 or live with said illnesses or conditions themselves. Wearing a mask in crowded indoor public spaces for any amount of time, much less two hours, is an unreasonable and unnecessary risk for critics to whom any of these statements apply.

It means the world to us that either proof of vaccination or a recent negative COVID test is required for screening attendance (in addition to masks). But these measures aren’t always adhered to with consistency from one distributor to another, or even from one screening to another. This makes returning to in-person screenings a greater gamble for the most vulnerable members of our group and our community as a whole.

Thus, we urge distributors to put into effect the following rules of attendance as we head toward the end of 2021 and into 2022, from awards season and beyond: 1) require proof of vaccination, booster included if eligible or available, or a recent negative COVID test for anyone, be they press, publicists, security, or the general public, who means to attend an in-person screening; 2) require that all attendees at such screenings wear masks; and 3) provide remote viewing/screener access to accommodate journalists with high-risk factors, or disabilities, or for occasions when journalists cannot meet the requirements for in-person attendance. We ask that these policies remain in effect for the remainder of the pandemic and that at-home digital or physical screener access should continue to be provided for journalists with disabilities even after the pandemic ends, as a concession to accessibility issues that existed before COVID-19.

To further serve journalists with disabilities now and in the future, and to make their viewing experiences more equitable, we also request that studios and distributors consistently provide screener links with subtitles. Most screener links do not include the option to turn on subtitles, which we feel is unfair to journalists with hearing and auditory processing difficulties, who would benefit from them, and whose experience reviewing the films is impacted by their lack of availability.

We make these requests in good faith on behalf of our Boston-based and New England-based membership, as well as on behalf of film journalists everywhere who would benefit from them. We would also like to extend our thanks to the Los Angeles Film Critics Association and Scott Renshaw, film critic for Salt Lake City Weekly and president of the Utah Film Critics Association, who drafted statements that provided much of the language and ideas on which this one was based; and we would like to thank Kristen Lopez, TV editor for IndieWire, for her critical reporting on the health, safety, and accessibility concerns of film critics.

Founded in 2012, the Boston Online Film Critics Association aims to provide professional support, networking opportunities, and greater visibility for Boston-area film critics representing digitally-based, non-traditional outlets and platforms. Because of its unique perspective, the Boston Online Film Critics Association has become well-known for its often unexpected, “outside the box” picks. Previous Best Picture winners have included Parasite, Mad Max: Fury Road, You Were Never Really Here, Get Out, and Snowpiercer.

BOFCA maintains an updated website for signal-boosting the work of its members, and sharing news, updates, and its yearly awards which will be released this year on December 11, 2021, at www.bofca.com. Its leadership can be reached for questions, comments, and other information via email at bostononlinefilmcritics@gmail.com. 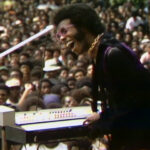 SUMMER OF SOUL (…OR, WHEN THE REVOLUTION COULD NOT BE TELEVISED)
“The film is ingeniously constructed to release the cumulative power of this event and its many layers of significance.” – Joyce Kulhawik, Joyce’s Choices 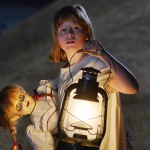 “It’s so slow and so predictable that people may start shouting out wisecracks to keep it moving along.” – Daniel M. Kimmel, North Shore Movies

“ANNABELLE: CREATION is fine in some ways, but I know they could have given us more.” – Jaskee Hickman, Cinematic Essential

“What we have in WIND RIVER leads me to believe that Taylor Sheridan could possibly have a successful career as a director should he continue down that path.” – Jaskee Hickman, Cinematic Essential

“You can’t make a movie about simple retributive justice “important” by reminding us of the films ugly setting. (Which this film does for far too long after its climax.) In this case, a movie becomes condescending cultural misappropriation.” – Michael Cox, Edge Boston

“To be honest, the central mystery of “Wind River” is not all that mysterious and rather quickly solved. What’s more important are the textures of a community devastated by drugs and poverty.” – Sean Burns, The ARTery 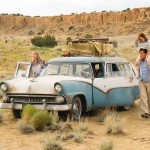 “…an unpleasant two hours ending with an image of family unity that may be hard to believe, even if true.” – Daniel M. Kimmel, North Shore Movies 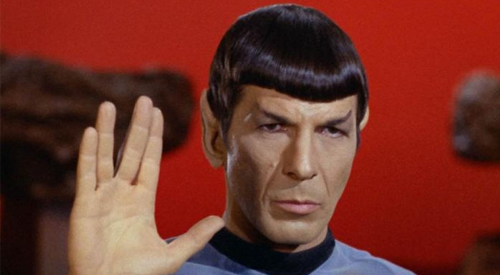 Bob Chipman, Steve Head, Charlie Nash and Sean Burns run down the Boston-area repertory scene for the month of March 2015

Kilian Melloy dug into THE LAST OF ROBIN HOOD

Spoilerpiece Theater took on TUSK and A WALK AMONG THE TOMBSTONES