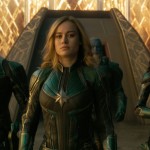 Deirdre Crimmins interviews the cast and crew of LOWLIFE