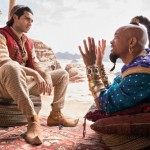 “Let’s face it – it wasn’t supposed to work. But this ALADDIN does work… and beautifully.” – Daniel M. Kimmel, North Shore Movies

“It reminded me why I love this franchise, but there’s no surpassing the original and it’s flaws while minimal put it on par more with RETURN OF JAFAR than the original animated movie.” – Byron McNeal, Nerd Caliber

“The greatest failure of this ALADDIN is that, like our blue-dipped Genie, it possesses incredible power but fumbles it, playing too safe when every beat, specifically every musical one, should have dazzled.” – Allyson Johnson, Cambridge Day

“Children and people with kids will more than likely have a deep appreciation for this version of ALADDIN.” – Jaskee Hicknam, Cinematic Essential 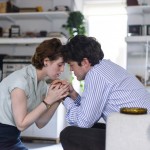 “[Joanna Hogg’s] latest film is perhaps her best to date, certainly her most personal, and without a doubt one of the year’s most remarkable releases so far.” – Andy Crump, Paste Magazine 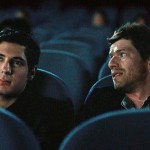 “Sweet and powerful, this is a film to take in rather than to resist.” – Kilian Melloy, EDGE Media Network

Max Covill looks back on AKIRA

Bob Chipman looks at NANETTE, film news and the next AVENGERS