Spoilerpiece Theatre goes over MOJAVE, FINEST HOURS and THE MARTIAN

Andrew Crump reviews BROOKLYN NINE NINE, the 24 most-anticipated shows of 2016 and THE CLUB 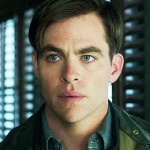 “Disney has made a family-friendly movie that treats its characters with respect, but anything in the script resembling grit or rough edges has been sanded away by the Disney Machine.” – David Riedel, Salt Lake City Weekly

“What a breather in a new year marked by murkier depths than ever before.” – Joyce Kulhawik, Joyce’s Choices

“…there’s something to be said for blockbusters that validate life instead of treating it as disposable.” – Andy Crump, A Constant Visual Feast

“It tells us more about heroism in real life than many a Hollywood fiction.” – Daniel M. Kimmel, North Shore Movies

“… the whole thing may be a bit wobbly but it delivers on the promise of telling an untold story of stone-faced sailors overcoming insurmountable odds.” – Sam Cohen, Under the Gun Review 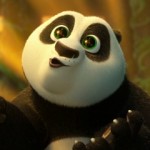 “While none of it is going to change how we look at animated films, there’s some good stuff in KUNG-FU PANDA 3 that people will be able to find value in.” – Jaskee Hickman, Cinematic Essential

“You’ll see worse animated offerings this year, and you’ll definitely see better, but you may not see many that are quite so tragically lackadaisical. ” – Andy Crump, A Constant Visual Feast 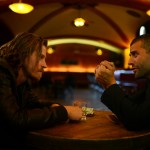 “One ultimately wonders how much of the movie is Monahan indulging in a bit of sardonic self-flaggelation for all his success in an industry that he doesn’t seem to respect very much.” – Sean Burns, The Artery

“Luckily, MOJAVE has so many out-of-left-field tricks that you can’t help but admire its scattered approach.” – Sam Cohen, Under the Gun Review

LADY IN THE VAN

“See it for Smith’s performance, stay for the genuine twists on a tired and old tale of friendship despite warring personalities.” – Sam Cohen, Under the Gun Review