THE AGE OF ADALINE 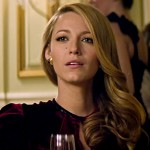 “What does it feel like to live a hundred years? Just ask anyone who has sat through THE AGE OF ADALINE.” – John Black, Boston Event Guide

“… the film is shadowed by a kind of wistfulness and restraint that draws us into what might have seemed melodramatic or sentimental.” – Joyce Kulhawik, Joyce’s Choices 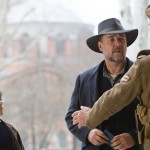 “…what the movie lacks in discipline and polish, it more than makes up for in sheer sincerity.” – Sean Burns, Movie Mezzanine

“…when a mixed-bag movie is also this mixed up, you either throw up your hands, turn off your brain, and hope for the best, or seek solace in your soda and popcorn.” – Kilian Melloy, Edge Boston

“In the end [Russell Crowe’s] performance is one of the least problematic aspects of the film, but perhaps it shows that he should stick to acting.” – Deirdre Crimmins, Cinematic Essential

“…5 TO 7 is too damn winsome for its own good. Worse than that, it’s disingenuous.” – Andy Crump, Paste Magazine

“5 TO 7 starts so wonderfully that its left turn into bologna is all the more disheartening.” – David Riedel, Santa Fe Reporter

“While she certainly has the ability to wrap the audience around her little finger, Marlohoe is far less convincing when the role causes her to be more than charming.” – John Black, Boston Event Guide

“The set up is fascinating, the humor is rich and the camera work is as stylish as the French new wave; there are so many places this movie could go. But where it takes us is unbelievably facile and sentimental.” – Michael Cox, Edge Boston

“From a comedic standpoint, you’ll find something to laugh about at certain points during ADULT BEGINNERS, but there isn’t anything to love when looking at the film as a whole.” – Jaskee Hickman, Cinematic Essential

“This isn’t an actor’s movie, nor much of a screen comedy; it’s a sitcom showcase.” – Jake Mulligan, Edge Boston

“The comedy fares better, but that’s probably because the drama itself is pat, predictable and underdeveloped.” – David Riedel, Santa Fe Reporter

“You’re certain to find better movies to see other than LITTLE BOY, but if you want to see this for some reason, it wouldn’t kill you.” – Jaskee Hickman, Cinematic Essential

“Travolta mopes his way through the title role as Ray Cutter, a brilliant jailbird art forger from those mythical movie-land mean streets of Boston – where everyone talks in outlandish accents and they never seem to have trouble finding a parking space.” – Sean Burns, Spliced Personality

Andy Crump revies THE COMEDIANS, 5 TO 7, THE DEAD LANDS, REBELS OF THE NEON GOD and interviews Glenn Morshower