Spoilerpiece Theatre breaks down the hosts’ respective top ten of 2018

Daniel Kimmel offers his Ten Best and Ten Worst of 2018

Max Covill looks at the future of fighting games

SPIDER-MAN: INTO THE SPIDER-VERSE 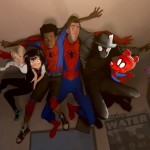 “INTO THE SPIDER-VERSE is built for a new kind of fandom, offering a world in which anyone can be Spider-Man — including young men of color, teenage girls, anime robots, talking pigs and even Nicolas Cage.” – Sean Burns, North Shore Movies

“Anyone who believes that superheroes should be canonized only by their classic identities will probably walk out of SPIDER-MAN: INTO THE SPIDER-VERSE with a nasty rash.” – Andy Crump, Men’s Health

“SPIDER-MAN: INTO THE SPIDER-VERSE works in every way it needs to in order for it to be the genuine success it is.”  – Jaskee Hickman, Cinematic Essential 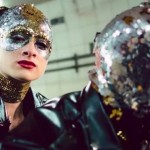 “Certain to be a polarizing cinematic experience, VOX LUX is not easy or accessible.” – Deirdre Crimmins, High-Def Digest

“…a burly, overbearing piece of filmmaking, often horrifically funny and excitingly unencumbered by questions of good taste or worries about when to say when.” – Sean Burns, The ARTery

“…an ambitious film that proves to be less than the sum of its parts… but fans of Natalie Portman won’t want to miss her risk-taking performance here.” – Daniel M. Kimmel, North Shore Reviews 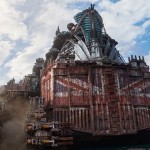 “MORTAL ENGINES creates a beautiful, dangerous, and escapist world, but it suffers from trying to do too much with characters we barely care about.” – Deirdre Crimmins, High-Def Digest

“What makes it fascinating even for those unfamiliar with the source material (like this reviewer) is its stunning visual design.” – Daniel M. Kimmel, North Shore Movies 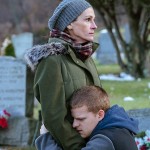 “BEN IS BACK is not your typical, weepy addiction drama. But addiction is not a monolith and if adding a little intrigue to this story gives us another version of this story, then it’s fine by me.” – Deirdre Crimmins, High-Def Digest

“The problem is in the script, as filmmaker Hedges doesn’t seem to have asked himself why an audience would want to subject themselves to this.” – Daniel M. Kimmel, North Shore Movies