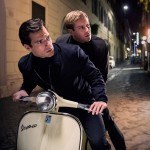 “The audience needs no prior knowledge of the original television show to enjoy Ritchie’s snippy and engaging spy flick.” – Deirdre Crimmins, Cinematic Essential

“[They] got it exactly right, introducing the characters to moviegoers who may have never heard of them while not insulting the memories of those who have.” – Daniel M. Kimmel, North Shore Movies

“Like the TV series, the tone is light but never entirely loses a sense of deadly seriousness.” – Tim Estiloz, El Mundo Boston

“Bickering about fashion in between slinky car chases and riotously funny spying maneuvers, Cavill and Hammer may actually have more chemistry with each other than anyone else.” – Joyce Kulhawik, Joyce’s Choices 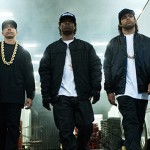 “It’s an epic, all right, but one that’s not nearly as cohesive as the album it’s named after.” – Jake Mulligan, Edge Boston

“The film is enormous fun to watch – full of electrifying numbers and gigantic, bold-stroke storytelling, teetering on melodrama and providing all the soapy satisfactions one could possibly ask for from an unabashedly old-fashioned MGM picture.” – Sean Burns, Spliced Personality 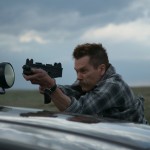 “…the kind of film that changes gears in the last act; perfectly capturing the adventurous nature of childhood in the beginning and then diverging into a generically consequential thriller in the end.” – Sam Cohen, Under the Gun Review

“…the movie, like the car itself, kind of just idles on the side of the road for the remainder of the running time.” – Sean Burns, Movie Mezzanine

“It doesn’t matter if the shot misses its mark by a bit. You still didn’t see it coming.” – Jake Mulligan, Dig Boston

LISTEN TO ME MARLON

“…the film stands as a worthy tribute to a monumental talent, reminding us how much we had, how much was squandered, and how much was lost.” – Sean Burns, Movie Mezzanine 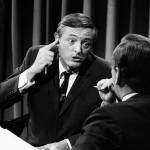 “Kind of a missed opportunity, really, but it’s hard to assign demerits because it’s so fun to watch.” – David Riedel, Santa Fe Reporter