“…as much a fantastic amusement park ride as a cinematic experience, with an engaging cast doing an incredible job of not getting lost in the proceedings.” – Daniel M. Kimmel, North Shore Movies

“Packed to the brim with familiar Marvel flaws but so earnest in it’s tonal dissonance, AVENGERS: INFINITY WAR is a remarkable, sometimes frustrating, and endlessly entertaining behemoth of an undertaking, and it’s one that will require an immediate revisit.” – Allyson Johnson, The Young Folks

“AVENGERS: INFINITY WAR is neither a classic or one of the best Marvel movies we’ve seen, but it’s a good, solid flick that gets the job done overall.” – Jaskee Hickman, Cinematic Essential

“Though I am not usually too shy about spoilers, I do think INFINITY WAR particularly benefits from audience ignorance, so I’ll leave it here. The film is engaging, entertaining, and dark enough for me to get a kick out of the reveling evil on screen.” – Deirdre Crimmins, Film Thrills 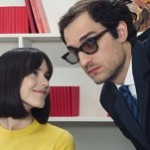 “What to make of this flick? Paradoxical, self-abnegating, smacking of both sullied biography and ironic farce, GODARD MON AMOUR is, in a way, the perfect biopic of its titular subject.” – Kilian Melloy, Edge Boston

“This is a work that is constantly in pursuit of such purpose. It periodically finds what it’s looking for, yet consistently loses itself along the way.” – Greg Vellante, Spectrum Culture

“Someday, another director might try their hand at the Sisyphean task of figuring out the honest to goodness truth of the man. Until that day, we have Hazanavicius and the well-intended failure of GODARD MON AMOUR.” – Andy Crump, Paste Magazine 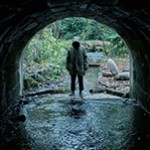 “This isn’t a bait and switch—more just a switch.” – Andy Crump, Paste Magazine

Max Covill writes about the success of Blumhouse

Spoilerpiece Theatre looks at CREEP 2, LEAN ON PETE, DEATH OF STALIN, RAMPAGE and many more