“DEADPOOL is an inspired piece of cinema that hits on both humor and action in a way that many people would want it to.” – Jaskee Hickman, Cinematic Essential

“Much of the success in bringing it off is due to Ryan Reynolds, whose film career often seen him trapped in roles that didn’t make good use of his talents…” – Daniel M. Kimmel, North Shore Movies

“Underneath the surface-level fourth wall-breaking conceit lies a self-satisfaction that consistently gets in the way of the film saying or doing anything ‘different.'” – Sam Cohen, Under the Gun Review 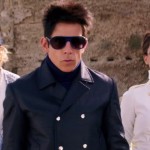 “Depending on your threshold for inanity and slapstick you’ll either find this hilarious, or just mildly amusing.” – Daniel M. Kimmel, North Shore Movies

“ZOOLANDER 2 is a movie that I don’t hate as much as I probably should since I did manage to laugh/smile a handful of times.” – Jaskee Hickman, Cinematic Essential 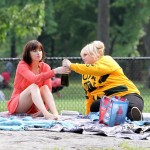 HOW TO BE SINGLE

“For young women setting out on a journey to “find themselves” (whatever that means) it is good to see a movie that gives them plenty of life stories to relate to, all with different but mostly happy endings.” – Deirdre Crimmins, Cinematic Essential