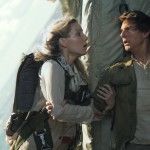 “THE MUMMY isn’t a strike out by any means; it’s more like a pop-foul that has the opportunity to learn to make this new universe a more entertaining and fun ride.” – Nick Casaletto, We Live Entertainment

“Yeah, it’s karaoke, but the movie gets you drunk enough on its own carefree zeal that the occasional flat notes don’t seem to matter.” – Greg Vellante, Edge Boston

“It provides the requisite thrills and chills one would expect without much downtime.” – Daniel M. Kimmel, North Shore Movies

“THE MUMMY certainly isn’t what many would consider a great movie, but it will likely manage to generate interest in Universal’s Dark Universe for plenty of moviegoers.” – Jaskee Hickman, Cinematic Essential

“A disaster, a movie that almost seems to have intentionally made every decision incorrectly on purpose.” – Bob Chipman, Geek.com

“…there is no central idea at work in Alex Kurtzman’s Tom Cruise vehicle, so much so that the titular mummy is essentially a side plot in her own movie.” – Kristofer Jenson, C-Ville Weekly

IT COMES AT NIGHT

“Shults uses intimacy as the key to engineering IT COMES AT NIGHT’s nightmarish scheme, trapping us with his characters as their options for survival dwindle and civility devolves into animal savagery.” – Andy Crump, A Constant Visual Feast

“IT COMES AT NIGHT will ultimately be viewed as a disappointment even if it’s not all that bad to watch.” – Jaskee Hickman, Cinematic Essential

“IT COMES AT NIGHT made me feel awful, which then made me angry because I didn’t feel like the movie had earned the right to do so.” – Sean Burns, The ARTery

“…a story that gets under your skin, puts yourself in these real life situations and makes you ask questions about your own humanity and what you would do to survive.” – Nick Casaletto, We Live Entertainment

“If fear lies in the unknown, I will leave further details on the film’s plot and surprises unspoiled. Just remember, attention to detail is rewarded and IT COMES AT NIGHT assumes that the audience is intelligent and engaged.” – Deirde Crimmins, Film Thrills 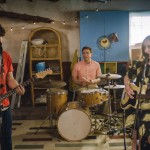 “Some movies think they have all the answers. This one, more sensibly, settles for asking the right questions.” – Kilian Melloy, Edge Boston

“When the film gets serious, it gets serious, though at least the seriousness is buttressed by profound insight into relationship politics (and by Lister-Jones’ terrific chemistry with Adam Pally).” – Andy Crump, A Constant Visual Feast

“It’s a tart comedy for the first hour or so, with writer-director Zoe Lister-Jones and co-star Adam Pally starring as a childless married couple grinding on each other’s last nerve.” – Sean Burns, Boston Reel 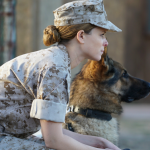 “Mara shows the grit of a Marine in combat as well as the feelings of the human being inside, never letting one undercut the other.” – Daniel M. Kimmel, North Shore Movies