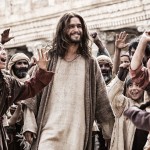 “A lavish hunk of sermon-tainment with all the gravitas of a Communion wafer.” – Inkoo Kang, The Wrap

“By now, you know the drill – you have to get the initial origin movie out of the way, so that when this Jesus guy shows up in AVENGERS 2 you’re already familiar with his backstory, personality and power-set.” – Bob Chipman, Escapist

“The flaws of SON OF GOD may be ignored by those for whom the film is a religious experience, but it doesn’t mean they aren’t there.” – Daniel M. Kimmel, North Shore Movies

“Comes across on the big screen as something more Made for Comic Books than destined for the cinema.” – Kilian Melloy, EDGE Boston 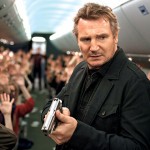 “NON-STOP has the ability to give existing fans of Neeson and this genre what they want to see, but I don’t think it has enough depth and quality to create any new ones along the way.” – Jaskee Hickman, The Movie Picture Show

“After takeoff, the airplane hijacking film rapidly ascends into stupidity until it reaches cruising altitude, where it degenerates into a moronic movie riddled with plot holes, before hastily crashing and burning.” – Evan Crean, Starpulse

“NON-STOP isn’t so much a story that needed to be told as a problem to be solved by the filmmakers.” – Daniel M. Kimmel, North Shore Movies 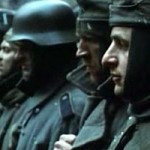 “While it fails as a history lesson, it scores in bringing home the emotional impact of the event, which might explain why this shattered box office records for a Russian movie.” – Daniel M. Kimmel

“Calling the film STALINGRAD and filming in IMAX 3D are distractions from a narrative that would have fit right in with classic Russian WWII films like TWO SOLDIERS or THE CRANES ARE FLYING. Meanwhile, the battle scenes feel ripped from an outright propaganda film along the lines of300.” – Kristofer Jenson, DIG