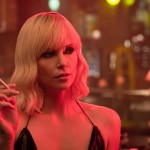 “Oozing with uber-style and ultra-violence, this espionage action film pretends a morally complicated worldview, which ironically questions the need for an alliance with any nation.” – Michael Cox, Edge Boston

“If you’re only in it for the action, ATOMIC BLONDE could be something that you could find entertaining.” – Jaskee Hickman, Cinematic Essential

“The first thing that sticks out in this film is its style, with a big blaring capital hot pink neon ‘S.'” – Byron McNeal, Nerd Caliber

“While there is no doubt discussion to be had about Lorraine breaking the mold-–both the violence and the sex here are very much on her terms––no one should mistake this for anything other than a summer action movie.” – Daniel M. Kimmel, North Shore Movies 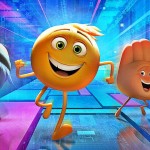 “You shouldn’t hand out business cards for your side gig as you give candy to trick-or-treaters on Halloween, and you shouldn’t make a movie celebrating the virtues of being who you are if it means paying royalties to Instagram.” – Andy Crump, Paste Magazine 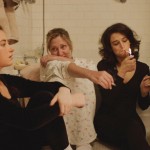 “The film does dig fairly deep into its vault of ’90s throwbacks — wired phones, wall-to-wall carpeting, floppy discs — but it never veers too far into becoming a time capsule parody of itself.” – Greg Vellante, Edge Boston

“It’s a real pleasure to watch Slate and newcomer Abby Quinn as bickering sisters brought together by the ordeal, especially since the former is having an affair of her own.” – Sean Burns, Spliced Personality

“LANDLINE works as well as just about any drama that you will see in 2017.” – Jaskee Hickman, Cinematic Essential

“The film falters when it rushes, wrapping everything up in the last 20 minutes of the film.” – Allyson Johnson, Cambridge Day