“Is this the best way to salute our troops? Even if your feelings toward the United States’ wings of military are complicated, the answer here should be a resounding ‘no.'” – Andrew Crump, Movie Mezzanine

“There’s a point where the SEALs make a bold escape by flinging themselves down a cliff, and Berg shoots every bump and crunch for such a protracted period it feels like the Springfield Gorge sequence from [the SIMPSONS’] BART THE DAREDEVIL.” – Bob Chipman, Escapist

“The story of LONE SURVIVOR is all in the title, which may make you wonder what the point of it all is.” – Daniel Kimmel, North Shore Movies

“Berg’s picture yearns for a realistic depiction of the event. He wants the docu-drama aesthetic of something like ZERO DARK THIRTY. But he’s far too invested in making heroes of his subjects to approach the film with comparable emotional detachment.” – Jake Mulligan, EDGE

THE LEGEND OF HERCULES 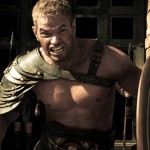 “It isn’t very good… yet for those willing to leave their critical faculties behind and remember what it was to be like to be an 11 year old with a bag of popcorn at the movies on a Saturday afternoon, it is not without its charms.” – Daniel Kimmel, North Shore Movies 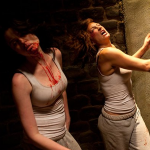 “Even setting aside the women-only hook, its one of the most brutal fight-films you’re likely to have seen in a while.” – Bob Chipman, Escapist 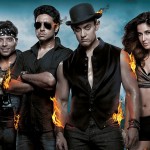 “Judging by the boxoffice and media-attention, this will be a lot of U.S. audience’s first authentic “Bollywood” experience, so happily it’s overall a pretty good one.” – Bob Chipman, Escapist 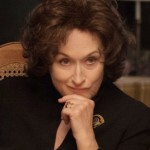 “Streep is so big and so bad, you’ll wonder why they didn’t just cast Melissa Leo instead.” Sean Burns, The Improper Bostonian

“I stumbled out of this film in a daze of horrified relief.” – Joyce Kulhawik, Joyce’s Choices

“A sensational cast stranded in a lead-footed drama about a dysfunctional family coming together and airing their dirty laundry. Haven’t we seen this many times before?” – Daniel Kimmel, North Shore Movies 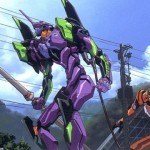 “The most beautiful depiction of war ever rendered on film might be found in the first six minutes of EVANGELION: 3.0 YOU CAN (NOT) REDO. In the third installment of four films rebooting the anime series NEON GENESIS: EVANGELION, the fate of the universe depends on giant robots that blast across magenta-orange sunsets, shooting comets of turquoise, emerald and amethyst. It’s splendor on steroids.” – Inkoo Kang, Los Angeles Times