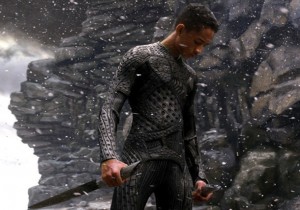 “If nothing else, let’s all congratulate STAR TREK INTO DARKNESS on no longer being the dumbest big budget sci-fi movie to come out this summer. AFTER EARTH sucks in a somewhat perversely fascinating way, but it’s deadeningly boring to watch.” – Bob Chipman, The Escapist

“Give Will Smith additional credit for being a loyal and supportive father. And now he needs to do the right thing and tell the young boy that he ought to buckle down in his studies and be prepared to go into another line of work.” – Daniel M. Kimmel, North Shore Movies

“There were moments where I flung my hands out and asked: ‘Why is this happening? Why am I watching this?’ Has this guy ever been to Film School? Because that was horrible.” – Monica Castillo, Cinema Fix

“Smith said, ‘I’m a student of patterns.’ Shyamalan made a movie about crop patterns. And finally, they’re both in a holding pattern of making shit movies, so it should be no surprise they combined their talents for AFTER EARTH.” – David Reidel, C-Ville Weekly

NOW YOU SEE ME 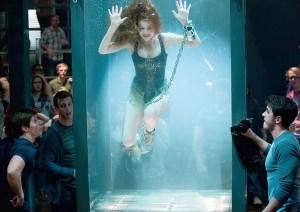 “The talented cast keeps the pace jaunty enough, though Letterier tends to rely too much on sweeping camera zooms and pans, darting the lens around the proceedings as if he’s directing a prime time game show.” – Tim Estiloz, Boston Movie Examiner

“As satisfying and engrossing as a carefully orchestrated magic trick. You look left and they go right. This magnificent illusion kept me on the edge of my seat from start to finish.” – Evan Crean, Starpulse