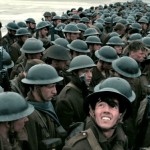 “DUNKIRK is able to show all of Christopher Nolan’s strengths while completely avoiding almost all of his weaknesses.” – Jaskee Hickman, Cinematic Essential

“DUNKIRK is a spectacle, a cinematic event that will be sure to please not only fans of Nolan, but those of us who appreciate film on a technical level.” – Nick Casaletto, We Live Entertainment

“What DUNKIRK is, more than anything else, is a portrait of heroism, and to paint it Nolan looks in some improbable places.” – Kilian Melloy, Edge Boston

“No matter the talent of the actors, cinematographer or composer, the star of DUNKIRK is undoubtedly Nolan’s work as director.” – Allyson Johnson, Cambridge Day

“DUNKIRK is Nolan’s leanest and most impressive film, boasting his most audacious structural gambit to date.” – Sean Burns, The ARTery

VALERIAN AND THE CITY OF A THOUSAND PLANETS

“The movie is a cuckoo-bananas, madcap mess with stilted dialogue, iffy performances and the final half-hour just kind of stalls when it should soar. Still, I want to see it again as soon as possible.” – Sean Burns, North Shore Movies 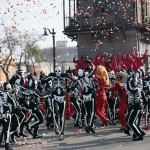 “Existential ennui is as important a detail in the fabric of Jodorowsky’s film as unapologetic weirdness, and the two enjoy more overlap than not.” – Andy Crump, Paste Magazine