“My eyes glazed over, the clouds parted, and I could see the future of my career as a film critic stretched out in front of me as an endless succession of empty, meaningless SPIDER-MAN sequels… and I just couldn’t bear the thought of it.” – Bob Chipman, Escapist

“With this film, director Mark Webb cynically serves up an overly long, overblown teaser for the countless sequels the studio hopes will come down the pike in the wake of this on-screen travesty.” – Tim Estiloz, Boston Examiner

“THE AMAZING SPIDER-MAN 2 is not a movie that I hate, but it’s something that I find impossible to like.” – Jaskee Hickman, The Movie Picture Show

“On the “Marvel scale” of recent films, this falls short of CAPTAIN AMERICA: THE WINTER SOLDIER, but was a lot less embarrassing than THOR: THE DARK WORLD.” – Daniel M. Kimmel, North Shore Movies

“Most fatally, THE AMAZING SPIDER-MAN 2suffers from the same ailment as most films of its genre made over the past two decades: It’s bloated and boring.” – Kilian Melloy, Kal’s Movie Blog

“The poster for THE AMAZING SPIDER-MAN 2 promises “his greatest battle begins.” That battle is obviously a corporate one; Sony Studios envision churning out two more sequels and numerous spinoffs featuring classic Spider-Foes as a means to keep their business afloat.” Brett Michel, The Improper Bostonian

“THE AMAZING SPIDER-MAN 2 suffers from the same affliction that plagued Sam Raimi’s SPIDER-MAN 3. There are too many thinly drawn characters, way too much happening all at once, and the characters and story don’t have room to breathe or develop.” – David Riedel, Santa Fe Reporter 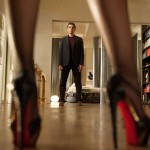 “On some level, this is unbelievable and self-serving, but really, is it that difficult to imagine a man with Turturro’s swarthy, aquiline good looks carrying a woman like Vergara on his arm?” – Andy Crump, In Review Online

“FADING GIGOLO takes an absurd premise, treats it with respect and then writer-director-star John Turturro lets it roll out in a way that feels organic.” – David Riedel, San Antonio Current

“A bittersweet idyll that allows us to take some comfort and pleasure in watching a fading gigolo as willing as Fioravante–to ignite passion and pursue life in full flower.” – Joyce Kulhawik, Joyce’s Choices