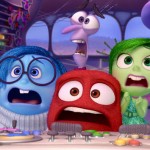 “As close as [Pixar] has come to outright making “TOY STORY but with _____” …and it still manages to land as a new member of the studio’s legendary top-tier productions – this is a masterpiece.” – Bob Chipman, MOVIEBOB

“Pixar understands the value of a good laugh as much as the importance of a good cry. You’ll do plenty of both throughout.” – Andy Crump, A Constant Visual Feast

“INSIDE OUT is a brilliant and touching film that shows Pixar has not lost its touch.” – Deirdre Crimmins, Cinematic Essential

“The movie is deceptively cheery and simple for kids, yet grows in complexity the more one reflects on the made-up structure of this amusement park of a movie.” – Monica Castillo, International Business Times

“The toys almost getting destroyed in TOY STORY 3, Carl losing his wife in UP, and almost losing Boo in MONSTERS, INC.– wait until you meet Sadness and Joy.” – Sam Cohen, Under the Gun Review 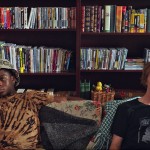 ME AND EARL AND THE DYING GIRL

“Leave the tissues at home. Bring an aspirin instead.” – Andy Crump, Movie Mezzanine

“Oh, why didn’t they just call it ME?” – Sean Burns, Spliced Personality

“…ME AND EARL AND THE DYING GIRL forces the audience to spend time with one of the more narcissistic teenagers we have seen in years while feeding his narcissism.” – Deirdre Crimmins, Cinematic Essential 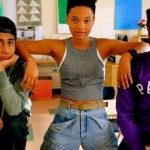 “So what’s so fresh about DOPE? Nothing.” – Jaskee Hickman, Cinematic Essential

“With hip-hop-fueled personality in spades, DOPE tries to be many things: drug comedy, coming-of-age drama and action farce. Luckily, its scattershot narrative is almost always exciting and a pleasure to watch.” – Sam Cohen, Substream Magazine 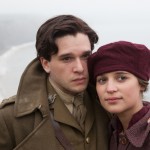 “This film is handsomely produced and beautifully shot by cinematographer Rob Hardy. It’s also hobbled by a certain rote quality that pervades every scene, as well as an emotionally heavy, damp atmosphere.” – Kilian Melloy, Edge Boston 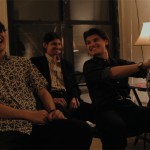 “…a compelling tale about the transporting power of film in the face of human insularity.” – Andy Crump, Paste Magazine