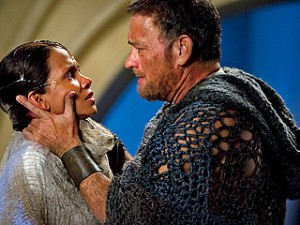 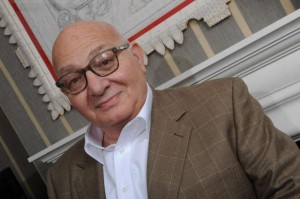 Winner of the Audience Award and a Special Jury Prize for Ensemble Acting at this year’s Sundance Film Festival, writer-director Ben Lewin’s new movie THE SESSIONS stars John Hawkes as poet and journalist Mark O’Brien, paralyzed since childhood after a bout of polio and confined to an iron lung.  How he moves – philosophically, mentally, emotionally– from a place of exclusion to one of participation is the journey the film traces.

Lewin visited Boston last month for a luncheon promoting the film. BOFCA’s own Kilian Melloy spoke to the filmmaker about how sometimes the best reaction is no reaction.

THE SESSIONS touches upon a multitude of charged topics with maturity and sensitivity. Offered this assessment, Lewin, a kindly man in his mid-60s, answered with a self-deprecating smile, “Well, I can lay claim to maturity in any case.” 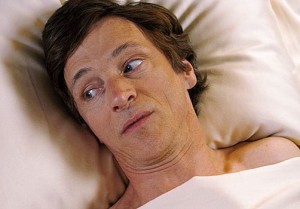 Lewin is the son of Polish émigrés who settled in Australia in his boyhood. Like O’Brien, Lewin suffered polio in childhood. He was left needing crutches, but Lewin is perfectly able to live an ordinary life; indeed, his life has extraordinary, given that the former lawyer switched careers and moved to England to become a successful filmmaker.

“I was developing this sitcom called THE GIMP that was to have some politically incorrect humor,” Lewin explained. “The main character trades the use of his disabled [parking] placard for sex!”

“I was online doing research about sex and the disabled, and kept coming up with stuff like ‘Gimp Girls Gone Wild,’ ” Lewin continued. “And then I found Mark O’Brien’s article, ‘On Seeing A Sex Surrogate.’ ” Inspiration struck, and Lewin was off and running.

In one of the movie’s funniest scenes, O’Brien conducts an interview with a wheelchair-bound woman. His attendant, Vera, played by Moon Bloodgood, runs a tape recorder as the woman rattles off a list of favorite sexual practices. Vera seems as shocked to hear about the kinds of sex this woman enjoys as she is to discover that someone in a wheelchair could be having sex in the first place.

The actress was uncertain about how to convey Vera’s responses, so “I told her to do nothing,” Lewin chuckled. “Nothing is the best reaction.” 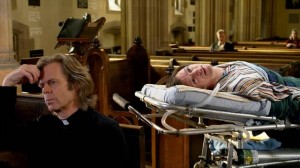 Another fine actor featured in the film is William H. Macy, who plays O’Brien’s priest, Father Brendan. At first, Macy’s man of the cloth –who is “a Berkeley hippie priest,” Lewin notes — is deeply troubled by the idea of intercourse with a sex therapist. But as Father Brendan gazes at the crucifix hanging above the altar of his church, he seems to hear an answer from The Divine: “Go for it,” he tells O’Brien.

Hunt “had no objections to the part in principle,” Lewin said, but “it was a process to get to a place in her head where she could play the role. She asked me how I was going to film the sex scenes and I said, ‘In the same way as the rest of the film, no special angles or

That decision underscores the naturalness of sexuality as presented in THE SESSIONS. But Hunt’s process of getting comfortable took an unconventional turn when she tried out different positions, albeit fully clothed, on her own bed at home with the film’s cameraman.

“The cameraman is the closest one to the action,” Lewin explained with a smile.