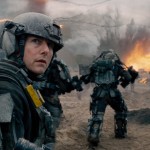 “EDGE OF TOMORROW is effective on a narrative level because it intentionally keeps its time travel elements simple. This leaves little room for plot holes and allows you to get lost in its experience.” – Evan Crean, Starpulse

“…a thoughtful, action-packed, and occasionally amusing take on the [time loop] premise melded into the alien invasion story. For summer entertainment, it will more than do.” – Daniel M. Kimmel, North Shore Movies

“How wonderful it is to report that EDGE OF TOMORROW has all the signs of a creative team and studio wanting to make a good, borderline-great action spectacular, and the filmdelivers.” – David Riedel, Santa Fe Reporter

“it wants to nail you to the edge of your seat, and does.” – Joyce Kulhawik, Joyce’s Choices 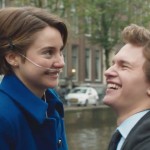 THE FAULT IN OUR STARS

“The most impressive thing about THE FAULT IN OUR STARS is how effortless the interactions between its main characters feel.” – Evan Crean, Reel Recon

“…Hazel’s personal awareness gives the film a back and forth, empowering her with choice in the face of a conflict so grave that most of us cannot imagine how we might confront it if the shoe was on the other foot.” – Andy Crump, In Review Online

“THE FAULT IN OUR STARS will definitely be something that will make a significant amount of people who see it shed a few tears.” – Jaskee Hickman, The Movie Picture Show

“You will laugh. You will cry. You will be surprised that a movie this manipulative is the best teenage love story so far this year.” – Daniel M. Kimmel, North Shore Movies

“Ultimately, little is what it seems in IDA, but Pawlikowski captures his parade of enigmas and uncertainties with a pristine clarity.” – Andy Crump, In Review Online

“…those willing to appreciate finely etched character studies of two women, trying to make sense of a discovered or rediscovered Jewish past, will find this both engaging and moving.” – Daniel M. Kimmel, The Jewish Advocate

“This is a new movie about old times, presented, in some ways, in the visual manner of an old movie, though its sensibilities remain utterly contemporary.” – Kilian Melloy, EDGE Boston 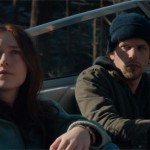 “Reichardt’s minimalism leaves us to seek out our own answers to the questions she poses, but it’s in how she poses them that NIGHT MOVES leaves its mark.” – Andy Crump, Movie Mezzanine

“It’s an excellent example of show-don’t-tell; the characters dole out bits of information to each other on a need-to-know basis, and the audience is in the dark as much as each of the characters is.” – David Riedel, Santa Fe Reporter

The film proves compelling even when it’s just about modern men standing dumbstruck by the simplicity of the alien world they’re treading through. – Andy Crump, Movie Mezzanine

“West’s movie goes all the way around the block, to a cult that’s ostensibly located on the other side of the globe, just so it can get to the haunted house next door.” – Jake Mulligan, EDGE Boston