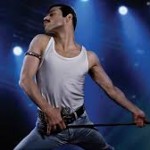 “Watching Queen come together, work together, and perform elevates the movie and gives it just about all of the value that it has.” – Jaskee Hickman, Cinematic Essential

“[Malek]  burns up the screen as Mercury whether dealing with intimate personal issues, ego-driven conflicts behind the scenes, or on stage in performance.” – Daniel M. Kimmel, North Shore Movies 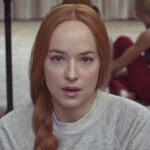 “SUSPIRIA is cut off from the aesthetic pleasures of [Guadagnino’s] previous pictures, suffocated in the self-serious stupidity of trying to make his sexy witch movie into a statement about the Holocaust.” – Sean Burns, North Shore Movies

“SUSPIRIA is wholly its own film and offers frantic energy and lush visuals to make for a nearly perfect cinematic experience.” – Deirdre Crimmins, High-Def Digest 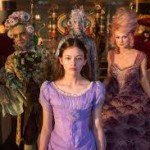 THE NUTCRACKER AND THE FOUR REALMS

“Were it not for the lush art direction and occasional nods to Tchaikovsky, THE NUTCRACKER AND THE FOUR REALMS would be a vapid, money-grabbing release for the Christmas season.” – Deirdre Crimmins, High-Def Digest 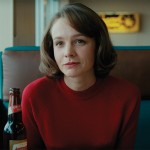 “…a quietly devastating work from Dano, leaving behind scar tissue you may not even notice until the credits have rolled.” – Charlie Nash, Edge Boston

“…WILDLIFE, while distant in its approach at the start, is a lingering familial drama that promises a rising, directorial talent.” – Allyson Johnson, Cambridge Day

CAN YOU EVER FORGIVE ME?

“The greatest pleasure CAN YOU EVER FORGIVE ME? offers, though, is the chemical reaction between [Melissa] McCarthy and [Richard E.] Grant, perhaps an unlikely pairing but no more perfect a pairing than you will find in theaters as we roll into the juddering doldrums of awards season.” – Andy Crump, Paste Magazine

“…in the end it’s the questions this restlessly intelligent film asks about the shifting values we ascribe to objects that make “Museo” worth the price of a ticket.” – Sean Burns, The ARTery

“MONROVIA, INDIANA begins with a series of strikingly beautiful, postcard-worthy vistas featuring cornfields, mailboxes, blue skies and assorted other familiar, stock images of Americana. It ends with a shot of a grave.” – Sean Burns, The ARTery