Kris Jenson reviews I USED TO GO HERE for C-Ville Weekly and covers the Russian Guild of Film Critics 100 | 1940-1949 for his site Burrito and a Movie.

Oscar Goff reviews SPECIAL ACTORS, CLASS ACTION PARK, THE PROPHET AND THE SPACE ALIENS, and FEELS GOOD MAN as part of his coverage of Fantasia. He also interviews the creators of the horror movie HOST. 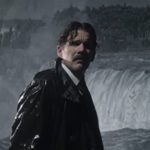