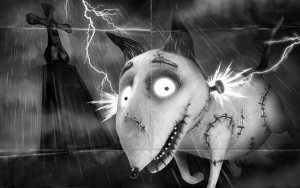 “Like it or not, not everything lasts, and if Burton’s supposed golden age has passed it might be something not even a bolt of lightning can revive.” – Bob Chipman, The Escapist
“This is very much the work of an older man revisiting the obsessions of his youth, struggling at times to reconnect with them.” – Sean Burns, Philadelphia Weekly
“An animated tour de force that perfectly encapsulates both the wide-eyed, aspiring filmmaker Burton was and the distinctive auteur he has become.” – Greg Vellante, The Eagle Tribune
“The film is a very average animated tale geared toward kids.” – Evan Crean, Starpulse
“Uncritical young viewers will no doubt enjoy such antics, but even they may find themselves bored or baffled by some of Burton’s choices.” – Daniel M. Kimmel, NorthShoreMovies.net

TAKEN 2
“Liam gets mad, Liam escapes, Liam kills everyone. This one is more of the same, slashed to ribbons from what I imagine was an exceedingly gory first cut.” – Jake Mulligan, EDGE Boston
“The more elaborate scenes are so silly you end up laughing in all the wrong places. It’s just kind of dull, really.” – Bob Chipman, The Escapist

“As absurd as it is, with ham-fisted dialogue and utterly incredible plot turns, no one who is an action fan is likely to be disappointed.” – Daniel M. Kimmel, NorthShoreMovies.net

“Watching Liam Neeson demand the absolute ludicrous while Maggie Grace frantically struggles to comply is some of the funniest junk I’ve witnessed this year.” – Greg Vellante, The Eagle Tribune

“Olivier Megaton could use some more lessons in directing as he bombs in his strained efforts to recreate Pierre Morel’s original.” – Brett Michel, The Boston Phoenix

“As silly as this movie turns out to be, the action sequences are entertaining and there’s a heartwarming family element to the story.” – Evan Crean, Starpulse

“One wishes James stuck with Nowinski for the whole film, rather than going with an episodic construction that feels destined for PBS.” – Jake Mulligan, The Boston Phoenix