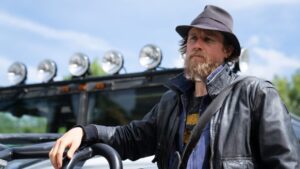 “…Emmerich and his co-writers Harald Kloser and Spenser Cohen proceed to mix drama, comedy, and physics-defying special effects in a race against time to save the Earth. Amidst all the clichés give them credit for some originality. The explanation for what’s happening to the moon and why it’s happening is so off-the-wall that you’re not likely to see it coming.” – Daniel M. Kimmel, North Shore Movies