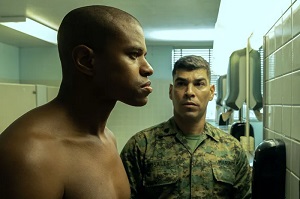 “Though Bratton utilizes conventions of both “the queer film” and “the military film” (and frequently combines the two, cheekily playing up the Tom-of-Finland fetish cache of military regalia), his film never fully adheres to the formula of either. Ellis’ emotional journey is more emotionally complex than the typical protagonist of either genre, and Bratton hits some unexpected notes (the ethereal score by Animal Collective, for example, is not your typical training montage bombast).” – Oscar Goff, Boston Hassle

“A Spielberg picture is always a wonder to behold, but with The Fabelmans he does something unlike anything he’s done before. Rather than grand set pieces, he allows the emotions to drive the film.” – Derek Deskins, EDGE Media Network 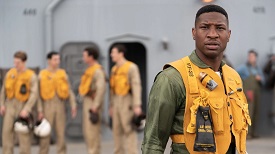 “Devotion is the sort of movie that sneaks up on you. It can offer the thrill of battle without forgetting that this is the story of real people whose skills will be tested to the utmost.” – Daniel Kimmel, North Shore Movies

“Blood Relatives is a horror comedy hybrid with a heart which ultimately does something rare: it leaves you wishing it was longer.” – Daniel Kimmel, North Shore Movies

GLASS ONION: A KNIVES OUT MYSTERY

“There is just so much to love about Glass Onion. Like its predecessor, it feels both informed by a long cinematic tradition and something entirely fresh. It is the type of movie that you can recommend to your cinephile friend as excitedly as you can to your grandmother.” – Derek Deskins, EDGE Media Network 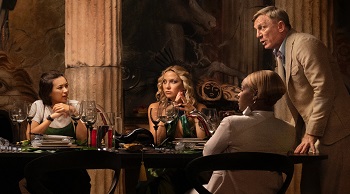