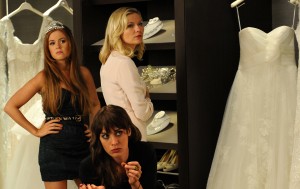 “An invigorating shock – a comedic gut punch that reminds you that movies can be uproarious without needing to be lazily constructed.” – Jake Mulligan, EDGE Boston

“It’s chock-full of drug use, casual sex and some astonishingly inventive flights of profanity. I laughed myself sick.” – Sean Burns, The Improper Bostonian

“This movie’s got a bitter soul that’s ready to go, and has about as much heart as a freezer filled with ice and cyanide.” – Greg Vellante, The Eagle Tribune

“Making the audience sit through almost two hours of harpy-level screeching to get to the point is unforgivable.” – John Black, Boston Event Guide

“It’s not that this is a bad movie, necessarily; it’s just hard to know what to make of it.” – Kilian Melloy, Kal’s Movie Blog

“The elements seem to be there to tell an interesting story, but the way they are presented is the problem.” – John Black, Boston Event Guide

“A compelling drama that may not have a lot of things to say, but it is certainly about the way we say things.” – Greg Vellante, The Eagle Tribune

“More so than some movies, this is one that turns on how you relate to the players.” – Daniel M. Kimmel, NorthShoreMovies.net

“If you’re an introspective person, you’ll appreciate what THE WORDS has to say, even if you feel a bit downtrodden after watching.” – Evan Crean, StarPulse

THE COLD LIGHT OF DAY

“Sigourney Weaver is the only one having any fun. That includes the audience.” – Brett Michel, The Boston Phoenix
“More sooner than later, the rest of his family is taken hostage, and Willis exits the picture on the lookout for the nearest check-cashing place.” – Sean Burns, Philadelphia Weekly

BRANDED
“Borderline offensive and overly dense, the movie is unsure of what it wants to be: a sci-fi thriller or a socialist parable.” – Monica Castillo, The Boston Phoenix
“If you want to understand what ‘pretentious’ means, you’ve got to check out BRANDED. Or rather, don’t.” – Bob Chipman, The Escapist