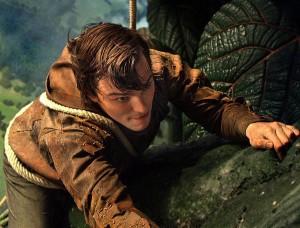 “Stop me if you’ve heard this one before: a farm boy dreams of adventure, finds it, and falls in love with a princess along the way. For everyone’s sake, let’s just hope she’s not his sister.” – Brett Michel, The Boston Phoenix

“This is filmmaking by committee — one of those unwieldy studio tentpoles where there’s so much money on the line, every executive gives notes and nobody’s making the same movie, so you end up with a bizarre mishmash of conflicting tones.” – Sean Burns, Philadelphia Weekly

“Surprisingly, while not a perfect film in many ways, JACK THE GIANT SLAYER has enough excitement and visual thrills going for it to make it a palatable little diversion.” – Tim Estlioz, Boston Movie Examiner

“It’s the epitome of a mixed bag, or it would be if any of its numerous facets worked on their own. As it stands the whole bushel is so rotten that the incongruities barely matter. This is what a movie looks like when nobody involved gives a damn.” – Andrew Crump, Go See Talk

“While it’s PG-13, we see people stabbed, plummet to their deaths, get smashed against walls, and even eaten or stepped upon by giants. Do not bring the little ones unless you plan on paying their therapy bills for many years to come.” – Daniel Kimmel, North Shore Movies

“Hey guys, this movie is terrible. It was supposed to come out late last year but got delayed, probably because it sucks. Go see something else.” – Bob Chipman, The Escapist

“It’s hard to tell which is more distracting in JACK THE GIANT SLAYER, the cheaply animated giants or the cheap haircut worn by Ewan McGregor. Since they are on screen longer, it’s probably the giants…but only by a hair.” – John Black, Boston Event Guide 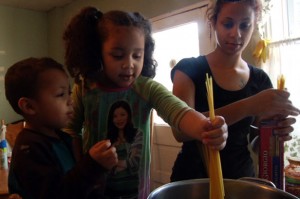 A PLACE AT THE TABLE

“Although sometimes slightly hidebound by  formula, it’s essential viewing nonetheless. Attacking the rather unsexy and woefully under-reported topic of hunger in America, this is an informative and often infuriating picture. ” – Sean Burns, Philadelphia Weekly

“Directors Kristi Jacobson and Lori Silverbush cover a lot of ground in their heartbreaking documentary examining the hunger experienced by nearly 50 million Americans. But at less than 90 minutes, it feels a bit overstuffed.” – Brett Michel, The Boston Phoenix

“So, is this a painful, heartbreaking depiction of a problem that need not exist? Yes. But is A PLACE AT THE TABLE, on a stylistic level, any different from the average episode of TEEN MOM? Not really. Ask yourself: do you go to the movies for essays, or for stories?.” – Jake Mulligan, EDGE Boston 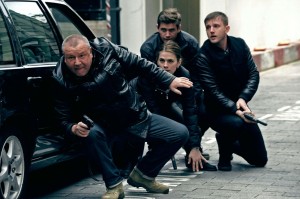 “THE SWEENEY was originally a 1970s TV show, but with the archetypal characters, the rote plot, and the nondescript gunfights, it feels more like an adaptation of a video game. Even with its superhero influence and foreign setting, this is the same old shtick.” – Jake Mulligan, The Boston Phoenix

“Heck, it’s worth the price of a ticket just to watch what Winstone – one of the best actors working in film for the past few decades – can do with a part that, in lesser hands, might have come off as a bit too cliché. He nails the tough guy banter, and he’s absolutely charming when it comes too being father/protector to his squad.” – John Black, Boston Event Guide

“Giving credit where it’s due, he peppers THE SWEENEY with enough humor, machismo, and energy to make the effort worthwhile, but it’s difficult not to imagine what this film could have been in the hands of someone capable of putting their own stamp on it..” – Andrew Crump, Go See Talk 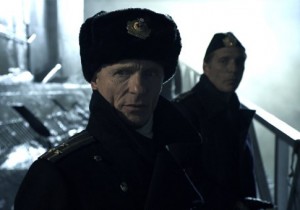 “There must be a checklist that filmmakers are issued when they make movies set in submarines. It would all be very suspenseful but for the fact that these same bits are in every other submarine movie ever made.” – Daniel M. Kimmel, North Shore Movies

“Simultaneously bizarre and banal. The crass Americanization invalidates the detail; the silly melodrama invalidates the realism of the script; and a climactic spiritualist conceit leaves it all feeling like self-parody.” – Jake Mulligan, The Boston Phoenix

“It has the look and feel of a WWII movie from the late 50s or early 60s, the kind of movie that would have starred Burt Lancaster or Kirk Douglas. The kind of solid, unpretentious war movie you’d catch on cable some rainy afternoon and think, when it was over, they sure don’t make movies like that anymore.” – John Black, Boston Event Guide 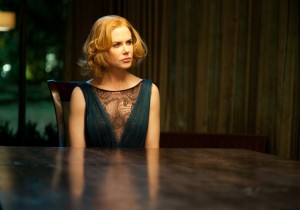 “What’s great about this film is the texture of it. Every frame of this film is fascinating to look at, and the startling cold-bloodedness is truly fucked up. I think if you have the patience to stick with it, it’ll really impress you.” – Steve Head, The Post-Movie Podcast

“It’s exhilarating while it lasts, but then the script catches up with him. Characters stand around for the majority of the third act and explain their back stories, which manages to simultaneously kill both the ambiguity at the center of Chan-Wook’s approach and all the momentum he has built up.” – Jake Mulligan, Charleston City Paper

“The director does a masterful job of pacing the story, balancing moments of unnerving terror with images that are as beautiful as they are haunting. You can almost feel the film sucking you in until the rational part of you, the part that keeps saying it’s only a movie, is snuffed out completely.” – John Black, Boston Event Guide

“A 14-year-old’s dream of what being a college senior is like: which is to say it’s simultaneously overwrought and utterly lacking in imagination or knowledge.” – Daniel M. Kimmel, North Shore Movies

“Jeff spends the remainder of the film dead drunk, in an extended lift from WEEKEND AT BERNIE’S. But before passing out, he stands atop a bar, drops trou, and pisses all over the patrons. I know how they feel.” – Brett Michel, The Boston Phoenix

“American Jews see Israel through rose-tinted glasses, while the country struggles against darker forces from within. That’s a prevalent undercurrent in his provocative, powerful film.” – Kilian Melloy, EDGE Boston

“You probably thought you’d never miss the found-footage gimmick, but now that the shaky-cam nonsense has been left behind, what remains are textureless, overlit, sub-TV-quality visuals.” – Brett Michel, The Boston Phoenix