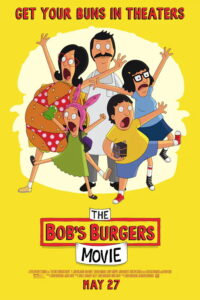 “BOB’S BURGERS is not a show which lends itself to big narrative swings; there’s no ‘lore,’ and, apart from a handful of runners and call-backs, it is blessedly non-serialized. Instead, THE BOB’S BURGERS MOVIE wisely focuses on what has made the show such an enduring success: the interplay between, and surprising warmth of, its core characters.” – Oscar Goff, Boston Hassle 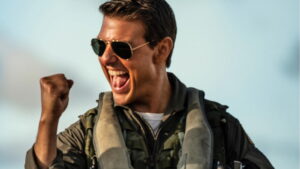 “The action and the technology afforded the filmmakers today might make the movie visually better than the first, but since it’s stuffed with derring-do we’ve seen so many times before it fails to be memorable outside of its nostalgia.” – Randy Steinberg, Blast Magazine

“While it doesn’t skimp on the high-flying action sequences that made the first film a hit, it goes it one better by focusing on the obvious: Pete “Maverick” Mitchell (Tom Cruise) is a lot older.” – Daniel M. Kimmel, North Shore Movies

“The looks on those actors’ faces captured by cameras in cockpits? Real. They all had skin in the game, so I did too. Visceral reality pops right through the screen in a way that CGI does not. ” – Joyce Kulhawik, Joyce’s Choices