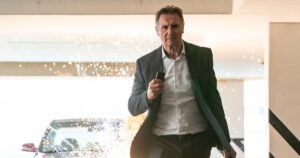 “For those who have despaired for fear of never getting to see Liam Neeson tackle a serious role as an actor ever again, MEMORY is a bit of a surprise. Yes, it’s yet another action movie, but it’s one where he doesn’t have to carry the film alone, and which actually has an engaging plot.” – Daniel M. Kimmel, North Shore Movies

THE MYSTERY OF MARILYN MONROE: THE UNHEARD TAPES

“There’s some bits of information around the edges that might be deemed new, but a moment’s thought should let you know there isn’t going to be any big reveal here. If some blockbuster information was uncovered by a reporter in 1982, would he really have sat on it for four decades?” – Daniel M. Kimmel, North Shore Movies