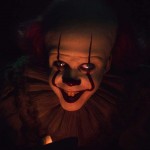 “In a particularly strong cast for this kind of film, Hader emerges as MVP. He may not carry the film, but he makes a difference.” – Daniel M. Kimmel, North Shore Movies

“To be fair, much of the movie’s horror is captured through a flurry of CGI shit being hurled at the screen with loud accompanying noises, but the nightmare-esque ingenuity of these creations is where the film finds its greatest strength when it comes to terror.” – Greg Vellante, Spectrum Culture

“Just because King makes fun of himself for not being able to write a decent finish doesn’t mean we should let him off the hook for this one.” – Sean Burns, The ARTery

“At its core, IT CHAPTER TWO is a traditional horror movie that tries to be more with a strong bit of assistance from its cast.” – Jaskee Hickman, Cinematic Essential

“Part of the thrill of watching IT CHAPTER TWO is experiencing the way director Andy Muschietti (IT) weaves together past and present, memory and history to complete the story…” – John Black, Gruesome Magazine

“As each member of the now adult Losers wrestles with their childhood memories and horrors revived by Pennywise; we the audience are reminded via new flashbacks just how amazing the original cast of relatively unknown child actors were in their performances as compared to those of the new cast of seasoned actors playing their adult selves.” – Tim Estiloz, Kaleidoscope Reviews