“TRIPLE 9 manages to be both something that’s decent and something that leaves you wishing there was a little bit more to it at the same time.” – Jaskee Hickman, Cinematic Essential

“…t’s all perfectly executed excess, almost like a tribute to B-movies like DEATH WISH.” – Sam Cohen, Under the Gun Review

“…a delightful surprise for its economical craftsmanship and an almost complete lack of pretense.” – Sean Burns, Spliced Personality 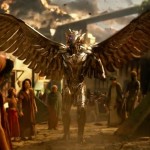 “…for all its clichés and obvious borrowings… somehow manages to be more fun that you might imagine.” – Daniel M. Kimmel, North Shore Movies 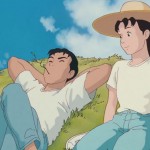 “Those not expecting to find something filled with magic should be pleasantly surprised at the depth and love that goes into ONLY YESTERDAY.” – Max Covill, Impassioned Cinema

“ONLY YESTERDAY is slow, but it is impeccably measured. Its two-hour running time doesn’t tick by as much as it stands majestically still.” – Andy Crump, Paste Magazine

“Memories are key to Takahata’s narrative; there’s a sadness that informs many of Taeko’s childhood recollections, from her classmates’ mocking to the awkwardly believable way in which she deals with her first menstruation. ” – Brett Michel, The Improper Bostonian